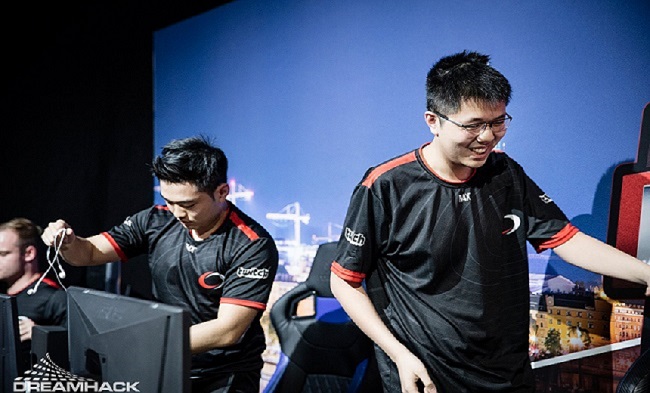 A merge between groups of North American players will be trying their luck together and hoping for a much better and more successful year in 2019 as the DPC season will begin to hit the halfway point soon.

It has been a roller coaster of a year for famed player Jacky "EternaLEnVy" Mao. Both he and Jingju "Sneyking" Wu joined forces with compLexity Gaming at the start of the new 2018-2019 season as EE headed back to his home region, North America. Initially, the team looked to be solid but was forced to play with various standin players as Andrei "Skem" Gabriel Ong was delayed in getting his visa. compLexity missed out on Kuala Lumpur Major but then qualified for DreamLeague Season 10 Minor and ESL One Hamburg, where they ultimately took a few disappointing finishes, ending in the bottom rungs of the event.

Then, controversy hit and compLexity lost three players just before The Chongqing Major qualifiers. Both EE and Sneyking had asked to be released from the roster with speculation following that it was in relation to the debacle but easily could have been due to a lack of significant results or other internal issues.

The duo formed a new stack featuring some of the biggest NA free agents, called Ultra Plus, but the NA qualifiers yielded disappointing results and the two joined up with South American team Infamous Gaming before the Bucharest Minor qualifiers. Once again, EE and Sneyking suffered from a lack of achievements as they missed out on the second wave of DPC events completely.

Meanwhile, things were equally hectic for Quinn "CC&C" Callahan and company playing as part of paiN X at the start of the new DPC season. Qualifying for The Kuala Lumpur Major, they ended up taking a disappointing 9-12th place finish. Just before the next slew of DPC and ESL One Katowice qualifiers players separated from the organization and parted ways with Adriano de Paula "4dr" Machado, taking on Kartik "Kitrak" Rathi and making the team 4/5 North Americans.

Now known as Test123, the team had taken the first place and slot for the South American region for The Chongqing Major. Their celebration of success was cut short however as they were disqualified shortly after by Valve for 'bending the rules'. Changing to the North American region for The Bucharest Minor qualifiers, they were knocked out of contention by compLexity Gaming in the lower bracket finals. Since then, the team had no luck in the region.