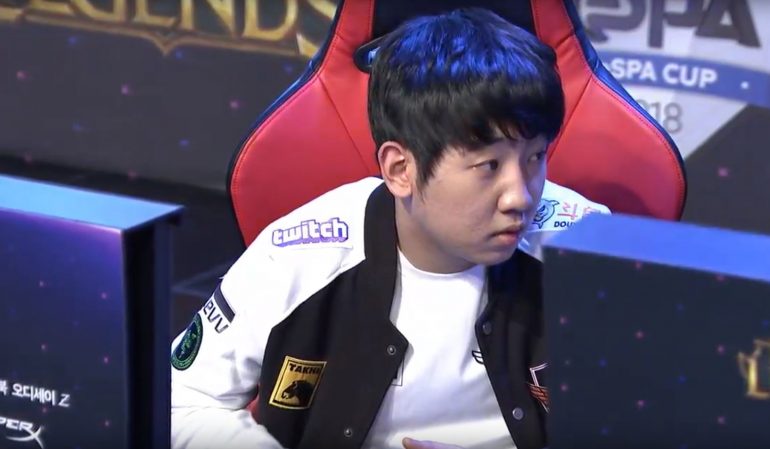 SK Telecom T1 kicked off their KeSPA Cup run by shocking fans with displays of utter dominance on the Rift against APK Prince and bbq Olivers, a very welcome change from their disappointing 2018. With their brand new roster, they looked unstoppable, but unfortunately for their fans, that may have just been because the competition was subpar.

In today’s match against brand new LCK team DAMWON Gaming, they lost the series 2-1 and played far worse than they had the previous days of the tournament.

Out of all the players on the new SKT roster, it was bot lane carry Park “Teddy” Jin-seong who struggled the least, He put up some pretty solid numbers, even compared to his performances during the first two series. His worst KDA score was 2-2-2, which, compared to his teammates, isn’t bad at all. That’s especially true considering he still played rather well in the other two games of the series. Top laner Kim “Khan” Dong-ha, for instance, went 0-4 and then 1-4 in the two games the team lost.

Legendary mid laner Lee “Faker” Sang-hyeok didn’t do too terribly, either, and he was able to play champions other than Lissandra for two of the games, too.

Khan and veteran support Cho “Mata” Se-hyeong seemed to struggle the most in both lost rounds of the series. With a combined 13 deaths in those games, they didn’t seem to be on the same page with the rest of the team. They’ve been berated by fans on Twitter and Reddit for the losses—especially Mata. But a rocky performance isn’t terribly surprising, considering these players just joined the team and this is their first competition.

With the loss, SKT’s KeSPA run is over, but their fans should be happy to know that their performance in the first days was still a dramatic improvement over the last year.