Everything we know about League’s newest champion, a chained-up top laner 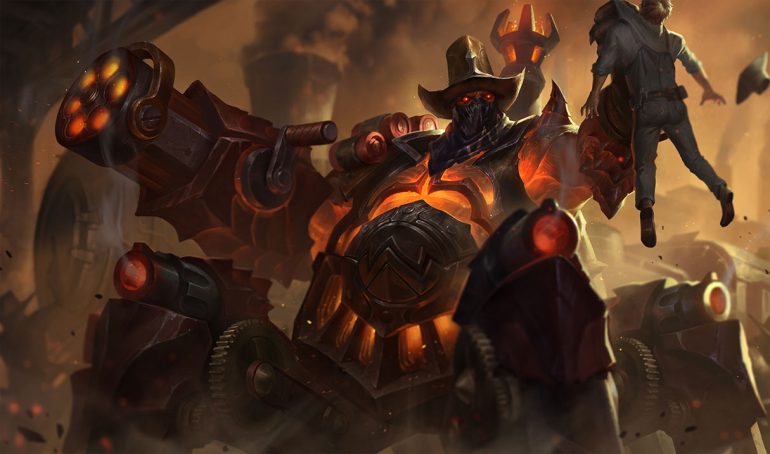 Riot posted a brand-new edition of Champion Roadmap in August, the semi-regular article series highlighting upcoming reworks, updates, and champions. The roadmap teased a new champion with little to no details, and the League of Legendscommunity’s rumor mill spun into action.

Riot has remained almost completely silent on this new champion, since there seem to be a couple of major champion updates planned prior to its release. In late December, however, a leak was shared on Reddit, revealing the first potential details of its design.

We’ve compiled a list of all the details we know so far so you can be prepared for the official reveal.

A leak was posted on the League Reddit community on Dec. 28, which outlined several upcoming skins, including many legendary skins, new Star Guardians, and this year’s Lunar Revel recipients. Although it was brief, this was also the first time anyone had heard of the new champion since August. Keep in mind, however, that this is leaked information, and there’s no way to confirm whether it’s true. It does match what little information was provided in August’s Champion Roadmap, though, so there’s that.

The champion is, according to the leak, a top laner with chains, and it can use its Q to whip a target up into the air with them and toss them a short distance. The ultimate is an AoE flip, sounding at least semi-similar to Gnar’s ultimate ability, except it’s a flip instead of a straight toss. No other information was given.